A peek inside the Nuki Smart Lock

Nuki provides an electronic smart lock that integrates with existing keys and cylinders by simply being mount on top of them. It offers Bluetooth connectivity and can be accessed online with the help of a bridge device which connects to the local wireless network. We have taken both the Nuki Lock (version 1) and the Bridge (version 4) apart and will show what is inside these devices securing our doors.

In November 2018, Nuki released the 2.0 version of their Smart Lock. Its new features are the support for Bluetooth 5 LE (version 1.0 had Bluetooth 4), a Zigbee module and a door sensor. Version 2.0 keeps the form factor of the original lock. With the arrival of the new version, the original lock became obsolete, and, we feared, unmantained. At least, the upgrade program gave us the chance to open the lock before sending it back without fearing to break it. 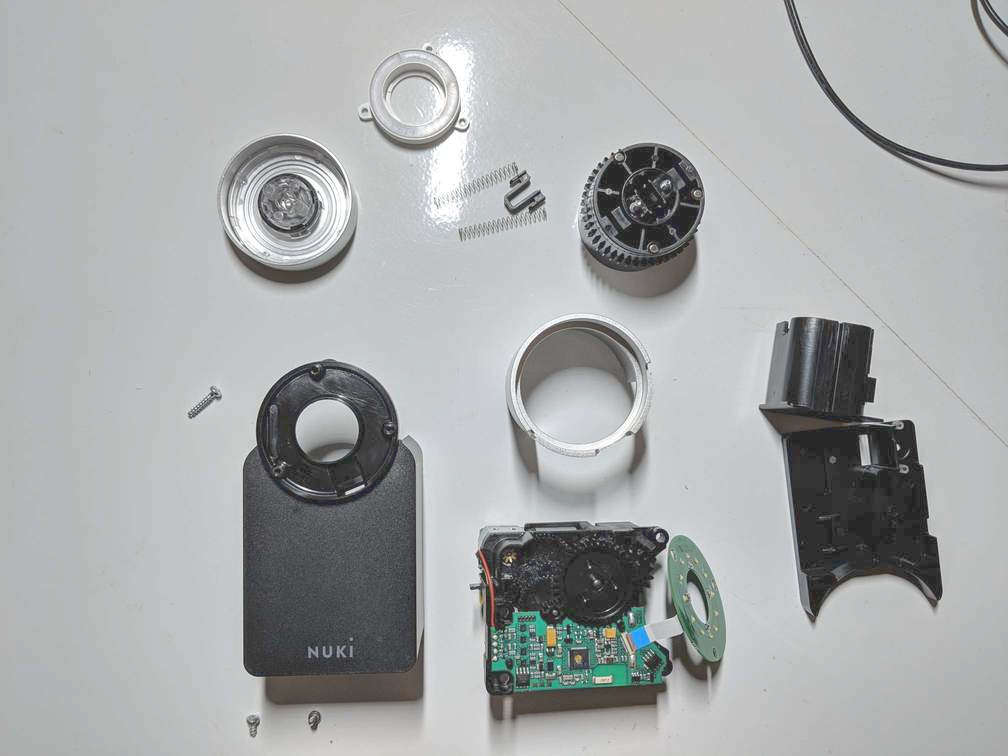 The lock can be put into its different pieces with some difficulty, starting by removing the single screw in the back. The turning knob, which contains the button and the illuminated, circle forms a separate piece with a PCB and a data bus which must be disconnected in the first place. The bottom of the key slot has the two screws holding it together. All in all, inside the Nuki lock we find: 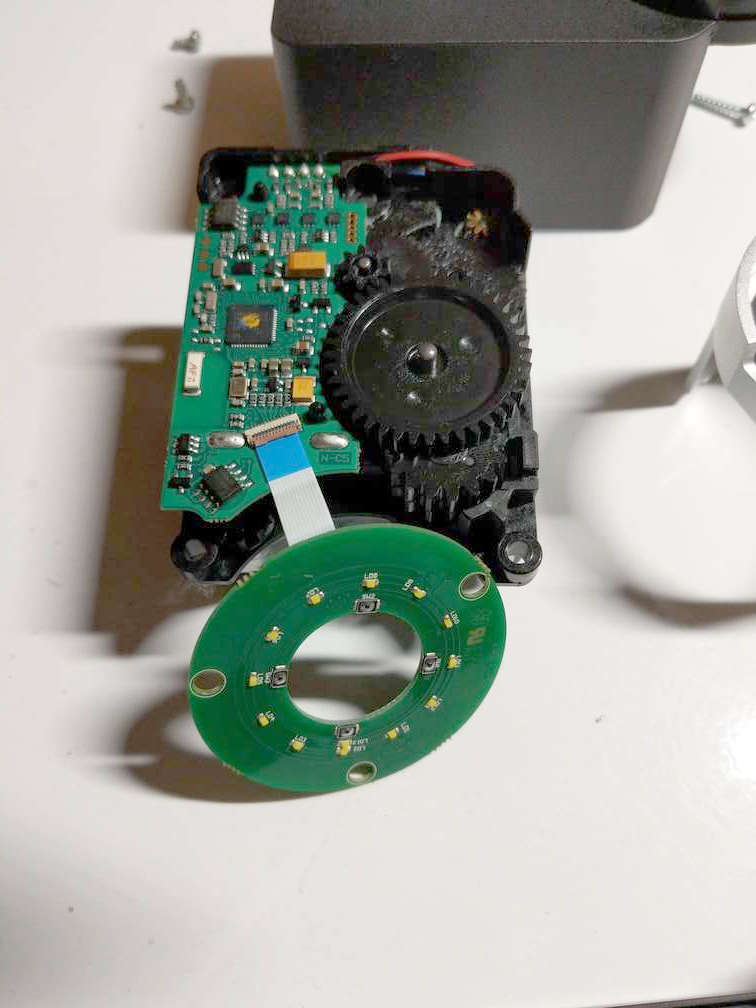 Most of the gears come apart when first disassembling the lock and it takes some trial and error to put them back together. The trickiest part is the lever system connected to the servo which engages the knob.

We can observe from the main PCB that the heart of the smart lock is the Cypress CY8C4248LQI-BL483, a Bluetooth 4 BLE module.

We observe as well SSD memory chips (a 2MB Adesto AT25SD161) and a 5-pin port which we assume are connected to the serial pins of the chip and used for debugging. During our tests, we observed they were not used in our unit, even though one pin corresponded to a 3.3v output and another to ground, as we expected. 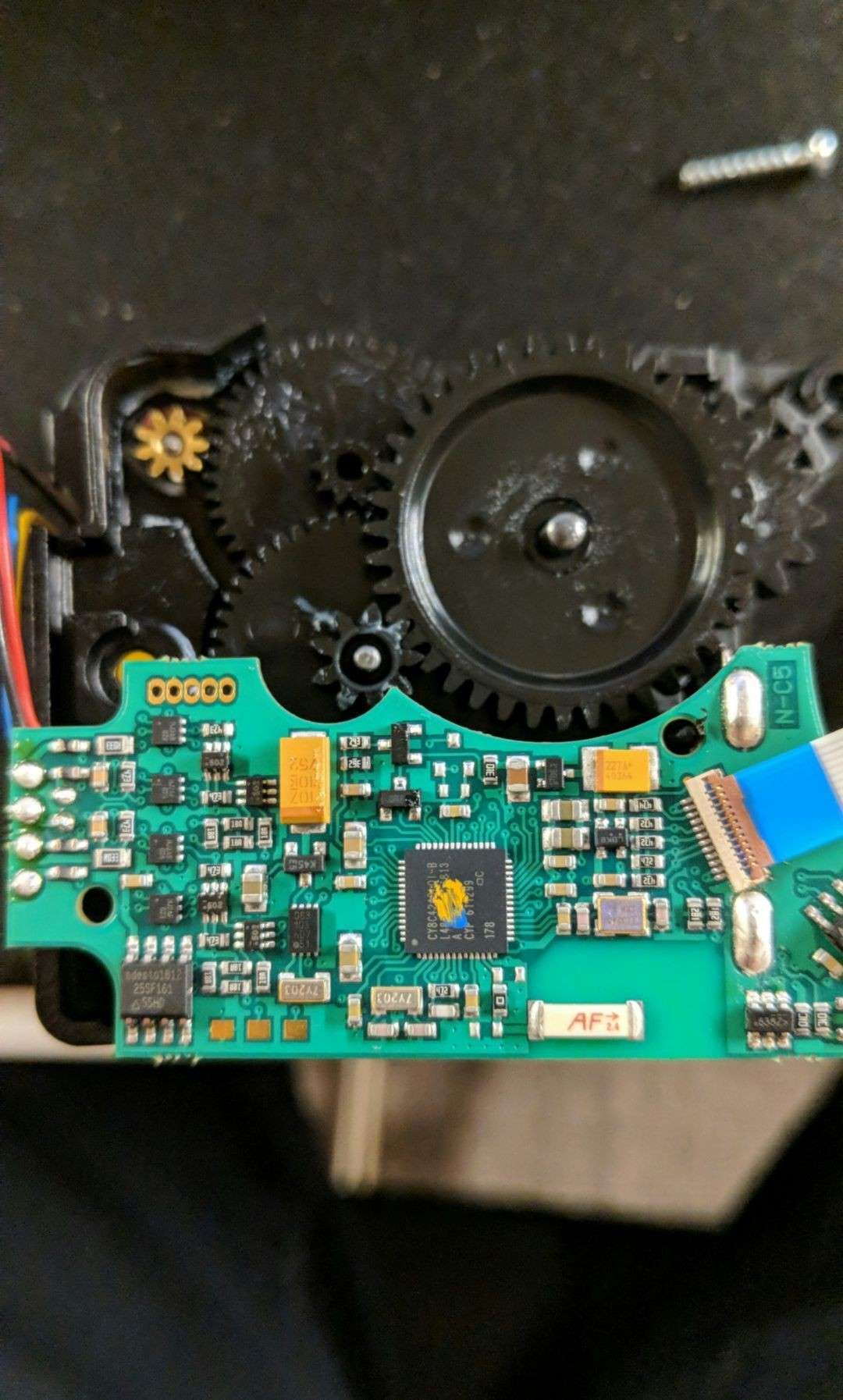 During the re-assembly we had to re-solder one of the motor wires, as they are very thin and prone to break. Of all the pieces, the motor is the one which probably has the shortest life-span, but replacement should be quite straightforward.

The Nuki Internet Bridge provides connectivity and remote access for the Smart Lock via WIFI. By connecting to the local network, it provides an HTTP API for application to integrate with (simpler than the Bluetooth API) and also enables control of the lock from everywhere, via the Nuki app or the Nuki Web interface.

The device is a much simpler piece of hardware. Lifting the lift shows us a single PCB connected to a power converter: 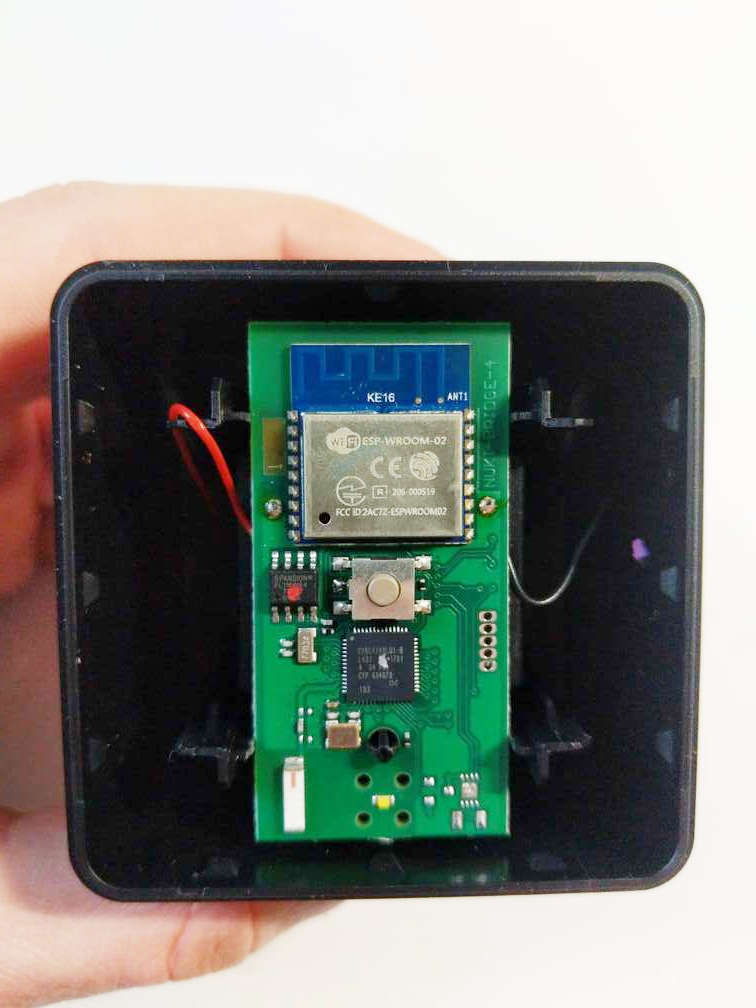 The WIFI is provided by a Espressif ESP-WROOM 02, a version of the popular ESP8266 with an integrated 2MB flash memory.

The Bluetooth part is provided by the same Cypress Bluetooth chip as the lock. We see an accompanying 2MB Spansion FL116KIF4 Memory module (alternative link). 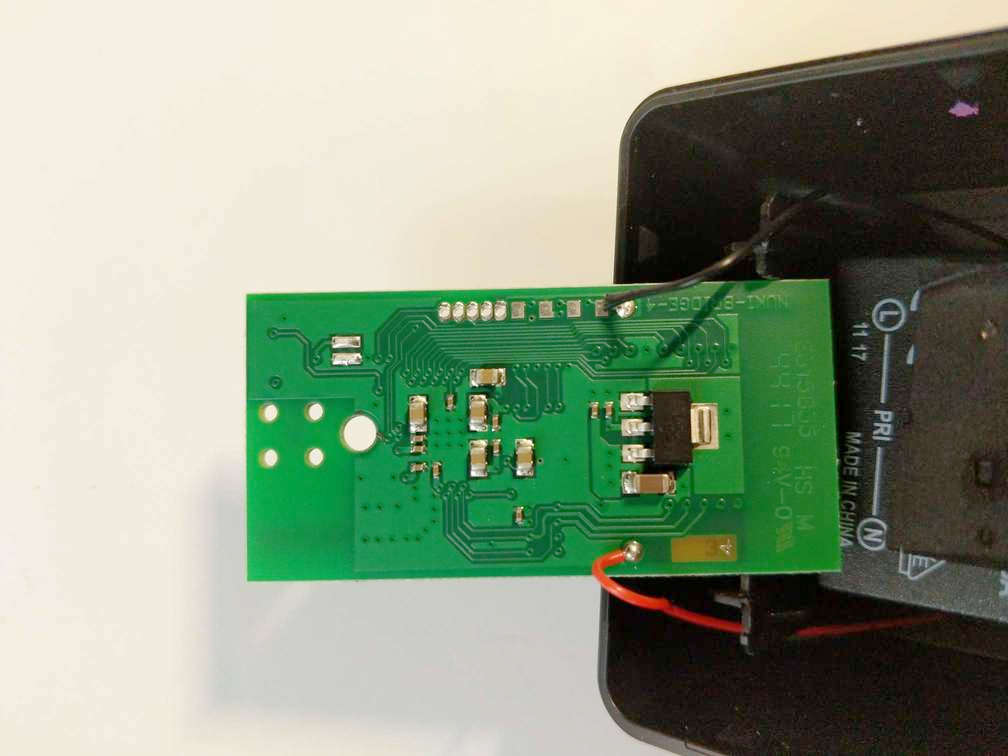 We hope this post gives an idea of the technology used making a popular smart lock as the Nuki (and the low cost of the components). We will keep playing a bit with the locks and the bridge, and hopefully put our hands on the Version 2 of the lock for a follow up post.